As the sun began to set over the forest, the peryton knew he had to make his way back to his nest before nightfall. He had been out foraging for food all day and was feeling tired and hungry.

Suddenly, he heard a loud growl behind him. He turned to see two massive orges lumbering towards him, their eyes glowing with hatred. The peryton knew he had to act fast if he wanted to survive. 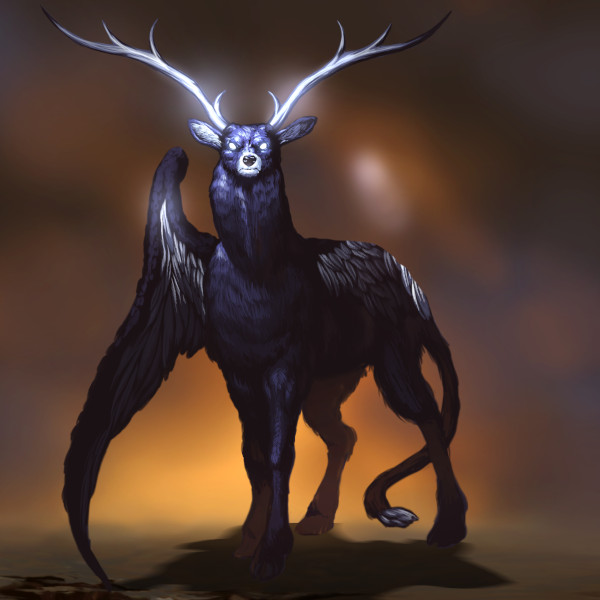 He spread his wings and tried to take to the sky, but one of the orges was too quick. It lunged forward and grabbed hold of the peryton's left wing, tearing it from his body with a sickening rip.

The peryton let out a blood-curdling scream of pain as he fell to the ground. He knew he was no match for the orges in a fight, so he turned and ran, using his remaining wing to help him navigate through the trees.

He could hear the orges hot on his heels, their heavy footsteps shaking the ground beneath him. But the peryton was fast and determined. He fought through the pain, using all his strength and agility to evade the orges and make his escape.

At last, he reached the safety of his nest, collapsing in a heap of feathers and exhaustion. He knew he had been lucky to survive the attack, and he vowed to be more careful in the future. The peryton knew he had a second chance at life, and he was determined to make the most of it.